Chat with us, powered by LiveChat

An update on SUP Directive 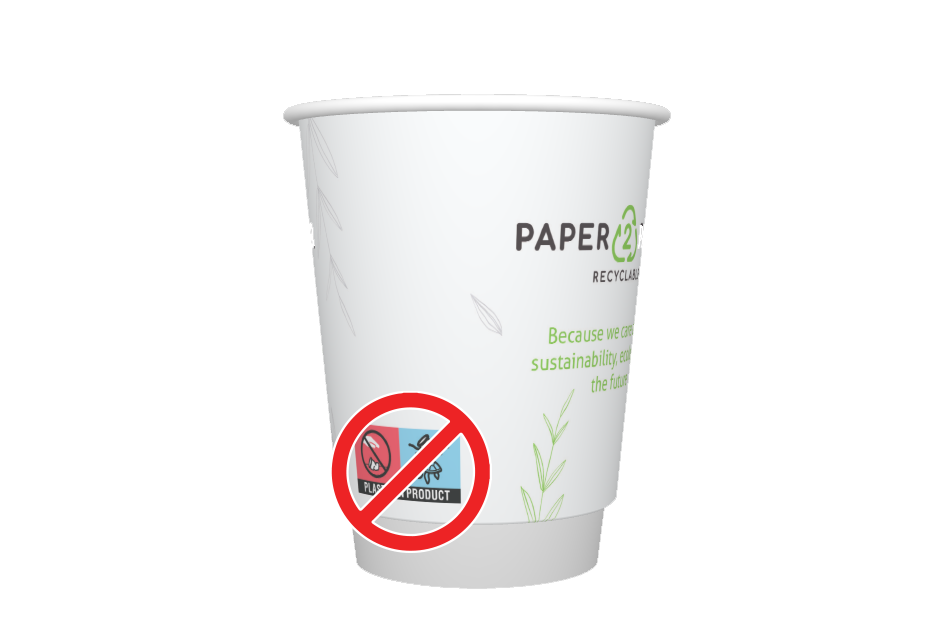 We would like to share some information about the implementation of the requirements stated in the Directive (EU) 2019/904 (of 5th June 2019) of the European Parliament and of the Council on the reduction of the impact of certain plastic products on the environment. The regulations stated in the Single Use Plastic Directive (SUPD) affects one group of the products we produce – the paper cups (cups for beverages).

After analyzing the regulatory information stated in the SUP Directive, the arguments received from our raw material cardboard manufacturers and after receiving the recommendations from our legal advisers we would like to state that the paper cups which we produce from the cardboard with water-based barrier (Paper2Paper single wall and double wall cups) do not fall under SUPD regulations and the PLASTIC IN PRODUCT labeling is not applicable.

We would like to note, that the conclusions stated above are made in the context of the SUP Directive, with no consideration and evaluation of the national legislations in each and every European Union Country.
As far as we could find out there are still no declared regulations on how the SUPD will be implemented nationally. So there is a risk that in some European Countries  there might be slightly different interpretations of the SUPD and therefore different declared definition of the plastic and the products which fall under SUPD  regulations, so there might be differences in the rules of the product labeling in each European Country. We would recommend you to check the SUPD regulations in the country you are operating in before placing the orders for the paper cups production.

Please note: The paper cups made from the cardboard with PE or PLA coating fall under SUPD and the regulations apply. We have prepared short information on how to label the paper cups according to SUPD. You can find the information here.

This letter was prepared according to the information gathered from the publicly accessible information sources, valid law regulations and documents received from the raw material manufacturers. The opinion stated in this letter is our evaluation and interpretation of the legal regulations. This information is for your use only and we are not responsible for the opinion stated in this letter in the argue with the third parties. This letter cannot be forwarded or given to the third parties or quoted in public documents without our written consent.

Please find bellow more detailed information from one of the cardboard manufacturers about the cardboard with water-based barrier, its features and the arguments stating that this product contains no plastic.
Please bear in mind these interpretations we have received from the manufacturer are subject to the disclaimer stated above in the broadest sense possible. And on behalf of our manufacturer we again emphasize, this information may not be used in public and no representation or warranty, expressed or implied, is or will be made in or in relation to the accuracy or completeness of this information. This letter nor anything contained herein may be used to form the basis of or be relied upon in connection with any decision or commitment of yours. The information and its interpretation may change from time to time. And we have received our manufacturer’s comments only to help our own evaluation and the manufacturer shall have no liability in relation to our use of this information.

SUP Directive defines in Article 3(1) [plastic definition]:
“‘plastic’ means a material consisting of a polymer as defined in point 5 of Article 3 of Regulation (EC) No 1907/2006, to which additives or other substances may have been added, and which can function as a main structural component of final products, with the exception of natural polymers that have not been chemically modified”

Further, the implementation guidelines state the use of such polymeric materials, e.g., as retention agents or binders and processing aids in the production of a material, which in itself is not plastic, does not result in the single-use product made only of that material to be considered as being made partly of plastic. The SUP Directive itself expressly excludes paints, inks and adhesives from its scope (Recital 11).

Implementation guidelines state:
“However, when a plastic coating or lining is applied to the surface of a paper- or board-based or other material to provide protection against water or fat, the final product is considered a composite product composed of more than one material of which one is plastic. In this case, the final product is seen as being made partly of plastic.”

The monomaterial status of water-based barrier boards’ as carton board (paperboard) has been established as noted above and it should, therefore, not be considered as a 'composite product composed of more than one material of which one is plastic'.